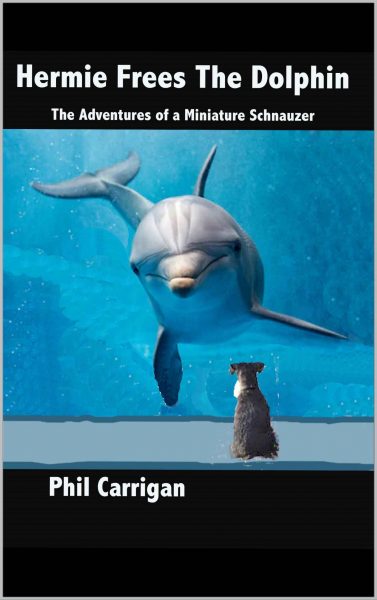 Hermie Frees the Dolphin, is one of a series of five from the series known as, ‘The Adventures of a Miniature Schnautzer‘. Author, Phil Carrigan, lives in Polperro, East Cornwall, and sometimes includes some of the interesting local characters and places in his books for children. Phil has also narrated all his books, so each one includes an audiobook on CD.

During a visit to an aquarium, Hermie and Father make friends with a dolphin, who is soon to be given his freedom. Soon after his release, Hermie notices Freedom (as he is now named) has become caught in an old fishing net.  Hermie and Father set sail in their little boat to try to rescue him.

There are no reviews yet.

Be the first to review “Hermie Frees the Dolphin” Cancel reply