Is the Ocean Really Collecting up our Plastic Waste?

Is the Ocean Really Collecting up our Plastic Waste?

Plastic rubbish ending up the ocean’s ecosystems and food chains has become one of the major environmental crises of our generation.

Countless examples of wildlife devastated by our waste cover our newspapers and television screens, from litter-covered beaches to entangled turtles. Worldwide, hundreds of groups of volunteers scour our coasts to pick up what others have left behind, but the problem is still growing. Microplastics – tiny pieces of plastic that can become trapped in the tissues of plants, animals, and corals account for a huge part of this destruction and are almost impossible to remove from the water. 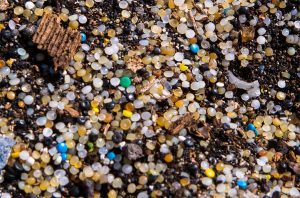 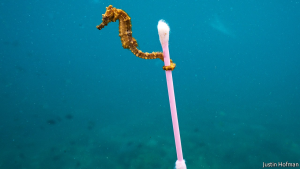 The flow of plastic into our oceans is estimated at 10m tonnes per year. This heart breaking image of a seahorse holding onto an earbud taken by Justin Hofman in Indonisia, illustrates our consumer lifestyles of the 21st century.

Now, a group of researchers in Spain have made an exciting discovery: The oceans may be fighting back! Seagrasses are a group of plants that grow in shallow coastal waters around the world. In total, there are over 60 species, and they are the only flowering plants that inhabit the oceans. Oddly, they are terrestrial invaders; scientists believe their ancestors were terrestrial grasses that recolonised the oceans between 100 and 80 million years ago.

Seagrasses play a vital role in maintaining the health of their marine ecosystems. Coating the sea- beds from the Arctic to the tropics, they are vital in maintaining the quality of the water; they photosynthesise incredibly efficiently, absorbing carbon dioxide and pumping the water full of oxygen. They also provide a safe-haven for small fish and form a nursery for their young, sheltering and feeding them from the base of the food chain.

Living in these shallow seas, though, comes with a life of battering by the physical ocean. Waves crash constantly over the grasses, pulling leaves into tangled webs and shredding them where they grow. These shredded leaves stay attached to their stems, but become knotted and twisted around themselves, forming small spheres of leaf strands known as Neptune balls.

It is these leafy balls that are proving to be a useful tool in our fight against microplastics. A team of marine biologists from Barcelona University analysed Neptune balls that had washed up on four different beaches in Mallorca. A favourite of sun-seekers from across Europe, this Mediterranean island has extensive seagrass meadows surrounding it, and the research team have found that every kilogram of Neptune balls that appeared on its beaches can contain up to 1500 pieces of microplastics. And by scaling this up by the area of seagrass meadows, they have calculated that up to 900 million pieces of plastic could be being removed from the Mediterranean Sea every year. Best of all, this filtering of plastic particles does not seem to damage the plants at all. 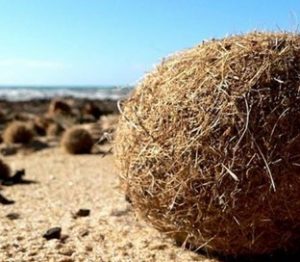 So-called “Neptune balls” can contain up to 1500 pieces of microplastics each, and remove around 900 million pieces from the Mediterranean every year.

Of course, it’s important to see the big picture here. Whilst it is always good news when nature finds a way to keep its ecosystems in their natural balance, this is a drop in the ocean of the vast expanses of waste that humans release into the seas every day. Just in Europe, WWF estimate that over 630,000 tonnes of plastic are dumped into our marine environments each year. The Mediterranean holds just 1% of the world’s water but might contain as much as 7% of the world’s microplastics. So, whilst the grasses of the sea are making a move to clean their water up, we still have a long way to go to solve this biggest of environmental disasters.